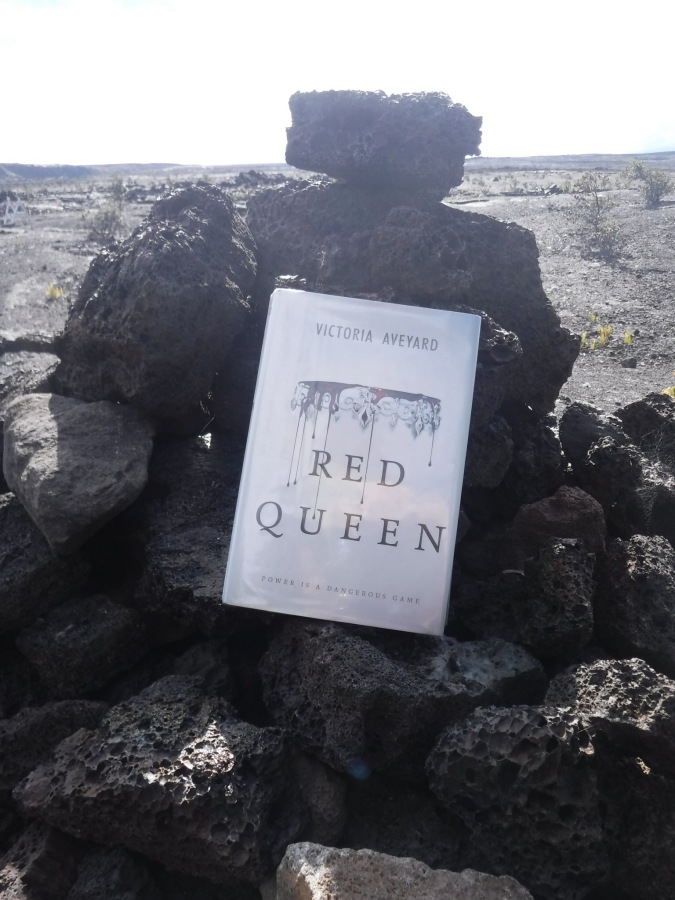 Verdict: Red Queen is a phenomenal book!! I was not a fan of it when I first started it because it has a Hunger Games vibe to it. Once I got farther into the book I didn’t notice it as much, but it is a dystopia novel similar to The Hunger Games. Red Queen is a very gripping book that addresses social and political unrest that is similar to what we (United States) are seeing after our recent election. Overall I really  enjoyed Red Queen! I love how the focus of the book was about trying to demolish class barriers and showed that being a princess isn’t all about having power, but about loosing power. I can’t wait to start Glass Sword!

Synopsis: Mare is a red, which means she has red blood, will always be poor, and will be sent to war where she will most likely die. Reds are meant to serve the elite Silvers until death. Silvers are gods, not because of their silver blood but, because of their supernatural powers. When Mare’s best friend is conscripted into the army, she does everything in her power to help him escape, which leads her to the palace. A chance encounter will change her path in life forever. At the palace she discovers her power…even though she has red blood. To hide her red blood the King has decided to make her a long lost “Silver princess” who will marry one of the princes. In this deadly game of princes, one slip up means death. Mare must decide I she wants play princess after all or join the Scarlet Guard, a red rebellion group, and tear down the people who made her Silver.

Pros: Very action packed once you get farther into the book. Mare is a very strong female protagonist, so if you’re looking for a new Katniss Everdeen, Mare is your girl! Red Queen is part of a series as well so if you’re looking for a dystopian world with lots of problems and people trying to fix them, this would also be a great book to pick up! Aveyard also uses the word “willy-nilly” which is the best reason to pick up Red Queen!!!

Cons: The beginning of Red Queen is very Hnger Gamey. I almost put it down just because it reminded me so much of the Hunger Games, if you can push past the beginning it does get better. Also, once Mare is thrust into the world of the Silvers, the people get very confusing!  There are a lot of Silver elite who are brought into the plot and it’s hard to keep them all separated.

𝗚𝗜𝗩𝗘𝗔𝗪𝗔𝗬 𝗔𝗟𝗘𝗥𝗧!!! My favorite booksleeves in the world are from @bookinasweater and I was lucky enough to team with Brit and design a Hawaiian Santa and reindeer themed sleeve! ⁣
Oh hello again Bookstagram! Am I the only one who seems to read more when they’re not endlessly scrolling on their phone!?? 😅 ⁣
Happy Halloweenie 🎃👻🎃 ⁣
What are your Saturday plans? ⁣